Videogram produces pictorial summary of the video by analyzing the video for color, motion, image similarity, & clip duration.  The patented algorithm extracts select keyframes and then packs them into a comic grid.    This grid is then packaged as an iframe and can be embedded on website, mobile app, smart tv, or any device that supports an HTML5 browser.

One of the key features of the Videogram is that once it is created, it can then be served into any size screen (Smallest smart phone to a 80+ inch television screen).   The algorithm automatically packs the grid  with frames based on the real estate offered to the iframe (Detail on Demand aka Responsive Design).  The detail of the pictorial summary is directionally relational to the real estate size that is offered for the Videogram to render.    Click here to see how Detail on Demand algorithm renders the Videogram on various display sizes/devices.

Today, we are releasing a feature called Zoom In/Out.   You can access this feature from the Publisher Dashboard by selecting the embed tab/edit frames button.

Below is an example of the same videogram Zoomed in and Zoomed out with Ad intact (Last frame is call to action Ad frame). 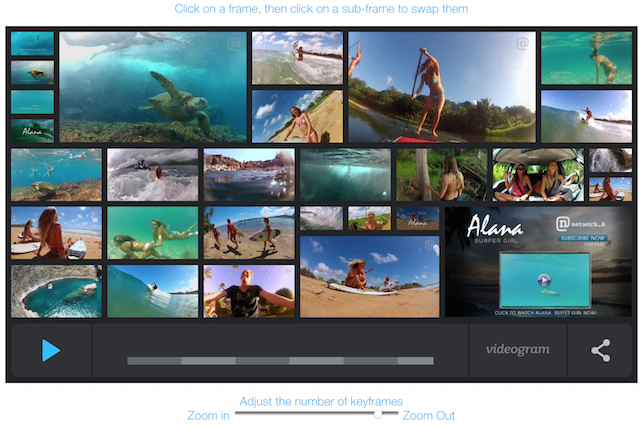 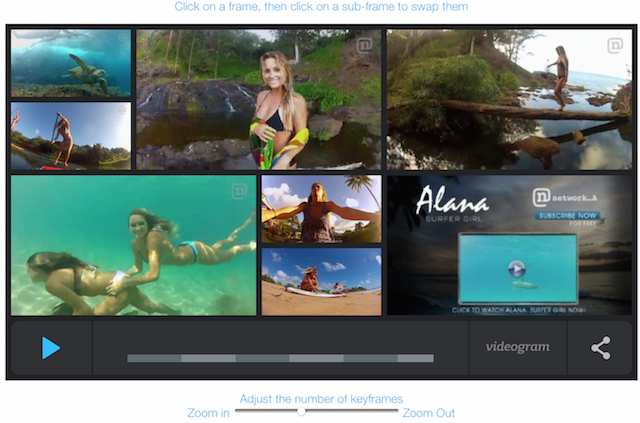 Creating an account is free and no credit card is needed. You can use our free service or try our paid service with 3500 free credits.  Sign up now!